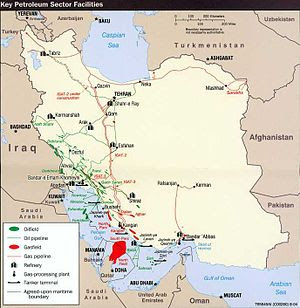 Iran has been hit with new malicious software as part of cyber attacks against the country, a military officer told Mehr news agency on Monday without specifying the target.

"Certain characteristics about the 'Stars' virus have been identified, including that it is compatible with the (targeted) system," Gholam Reza Jalali, commander of the Iranian civil defence organisation, told the agency.

"In the initial stage, the damage is low and it is likely to be mistaken for governmental executable files," Jalali said, adding that Iranian experts were still investigating the full scope of the malware's abilities.

He did not say what kind of equipment the virus was targeting or when and how it had been spotted.

The cyber war against Iran is heating up again. It is keeping the Iranians on the defensive and is distracting them from their objective of producing nuclear weapons. There is some pretty clever programming working against Iran. It would not surprise me if Israel is attempting to slow the progress of Iran building weapons to destroy it.