Many eager for Daniels to join GOP Presidential field 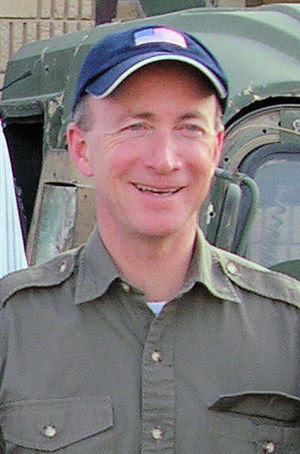 Republican leaders, activists and donors, anxious that the party’s initial presidential field could squander a chance to capture grass-roots energy and build a strong case against President Obama at the outset of the 2012 race, are stepping up appeals for additional candidates to jump in, starting with Gov. Mitch Daniels of Indiana.

“I’m getting letters from all over the damn country, and some of them are pretty moving,” Mr. Daniels said in an interview last week at the Capitol in Indianapolis, where his friends believe he is inching closer to exploring a candidacy. He added, “It can’t help but affect you.”

The first contests of the primary are about eight months away, and most of the candidates have yet to fully open their campaigns. But some party leaders worry that Republicans are making a bad first impression by appearing tentative about their prospects against Mr. Obama and allowing Donald J. Trump to grab headlines in the news vacuum of the race’s early stages.

“The race needs more responsible adults who can actually do the job,” said Fergus Cullen, a former chairman of the New Hampshire Republican Party.

The wish list among Republicans is wide and varied. Sarah Palin, a former governor of Alaska, retains a devoted following. But activists also express a longing for others to step off the sidelines, including Gov. Chris Christie of New Jersey, Gov. Rick Perry of Texas and Representative Paul D. Ryan of Wisconsin, the chairman of the Budget Committee.

The first debate of the nominating contest is Thursday on Fox News, and party officials believe that the presidential field will be all but set by June, giving urgency to the call for more candidates.

The loudest and most persistent entreaties are directed toward Mr. Daniels, who for two terms as governor has shown that fiscal conservatism and political popularity can go hand in hand.

Mr. Daniels, who says Republicans should be more focused on addressing the country’s fiscal condition, worked in the Reagan administration and as budget director for President George W. Bush. An alumni network of those administrations, ranging from top contributors to field operatives, has elevated a whisper campaign into a forceful effort to enlist him.

I like Daniels, but he does seem to be charisma challenged at this point, but so does Pawlenty. That is not a problem for Sarah Palin, but she has been targeted by the Democrats with one of the most vicious campaigns of personal destruction since they worked up their hate machine against President Bush. I hope Daniels gets in the race and starts challenging President Obama on his economic failures.

Rick Perry has shown a knack for challenging Obama on issues that make him uncomfortable.  There is certainly a place for that in this election.  Perry has been an effective campaigner on the border security issue and government spending and regulation.