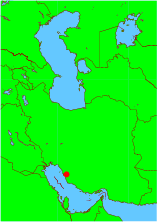 Contrary to the claim made by the Iranian Center for Non-Military Preemptive Defense, the Stuxnet virus has disabled Iran’s nuclear centers.

Contrary to the claims made by Gholam-Reza Jalali — director of the Iranian Center for Non-Military Preemptive Defense — regarding the nature of the virus and Iran’s capabilities in dealing with the fallout, Stuxnet has wreaked serious and perhaps fatal havoc on the foundations of energy structure and the operating systems of the Bushehr nuclear installation. According to the Green Liaison news group, over the past year and a half the Bushehr plant has incurred serious damage and has lost major capabilities.

An individual involved in Iran’s nuclear activities reports that this virus was placed in the system by one of the foreign experts contracted to Iran. The virus has automatic updating capabilities in order to track and pirate information, and can also destroy the system hardware step-by-step. The internal directives programmed into the structure of the virus can actually bring the generators and electrical power grids of the country to a sudden halt, or create a “heart attack” type of work stoppage.

According to reports from within the IRGC — in cooperation with the Revolutionary Guards Intelligence organization and the Ministry of Communications and Information Technology — the Iranian Center for Non-Military Preemptive Defense has set up two computer task forces titled GOWHAR and MAAHER. The two organizations are said to have spent the last year and a half investigating the extent of the damage, however due to the complexity of the virus they have not been successful with a fix.

Iran will probably have to scrap the plant and start over. But these infections can be contagious and there are others lurking around. Stuxnet appears to be more effective than a bombing at this point in disrupting the religious bigot's of Iran and their nuclear ambitions.