When will GOP candidate emerge to challenge Obama 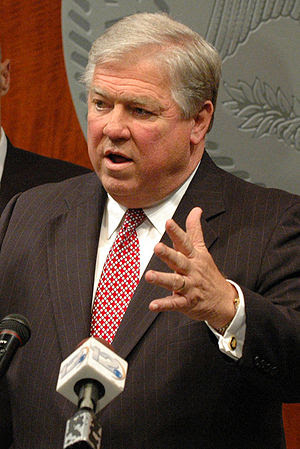 His approval ratings are below 50 percent. Americans aren’t satisfied with the economy, gas prices or his handling of a number of situations abroad. A number of the states he won in 2008, such as Indiana, would be difficult for President Obama if the election were held today.

So why aren’t a line of Republicans ready to run against him? Haley Barbour, Mississippi’s governor, bowed out Monday, joining a number of prominent Republicans, such as New Jersey Gov. Chris Christie, who have opted against challenging the president in 2012.

Barbour said he didn’t have the “absolute fire in the belly,” while political strategists say it’s hard to imagine him winning the presidency. And Rep. Ron Paul (R-Tex.) is expected to form an exploratory committee today. But here are a few reasons the GOP field so far is smaller than expected.

1. Money: “$1 billion,” said Terry Holt, a former adviser to George W. Bush, when asked why more candidates haven’t joined the Republican field.
GOP strategists argue whatever Obama raises, be it the $1 billion figure that has been floated or simply matching the $750 million of 2008, is a major obstacle to many Republican candidates. Other than former Massachusetts governor Mitt Romney, most of the potential GOP contenders both lack an existing major fundraising base or personal wealth that would make it easy to fund a campaign.

He has some more reasons, but I think the money challenge is the one that needs to be addressed right now. The circumstances under which Obama raised do not exist today for him or for other candidates. By waiting the GOP candidate will get more bang for their buck by pushing their message in a shorter time frame.

I think it unlikely that Obama will raise $750 million this time much less a billion. First, he is not that popular and is not going to get the millions of small contributions he got last time. If he starts spending big bucks up front he is liable to get into the same predicament that John McCain found himself in in 2008 where he went big and then could not afford to maintain his operation.

There really is no hurry. I don't see voters of either party pining for an early campaign, although some in the media may do so.

There will be some solid Republican candidates with executive experience to challenge Obama and now that Barbour is not in the race he can lend his formidable skills to the contest.

On the money front many of the heavy hitters for Obama and the Democrats have switched teams.