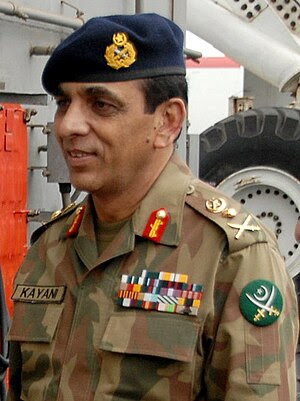 The appointment of Gen. David H. Petraeus as director of the Central Intelligence Agency puts him more squarely than ever in conflict with Pakistan, whose military leadership does not regard him as a friend and where he will now have direct control over the armed drone campaign that the Pakistani military says it wants stopped.

Pakistani and American officials said that General Petraeus’s selection could further inflame relations between the two nations, which are already at one of their lowest points, with recriminations over myriad issues aired publicly like never before.

The usually secretive leader of the Pakistani Army, Gen. Ashfaq Parvez Kayani, has made little secret of his distaste for General Petraeus, calling him a political general. General Petraeus has privately expressed outrage at what American officials say is the Pakistani main spy agency’s most blatant support yet for fighters based in Pakistan who are carrying out attacks against American troops in Afghanistan.

Officials on both sides say they expect the two nations’ relationship to become increasingly adversarial as they maneuver the endgame in Afghanistan, where Pakistan and the United States have deep — and conflicting — security interests.

Repairing the frayed ties between the C.I.A. and Pakistan’s primary spy agency, the Inter-Services Intelligence Directorate, will be difficult, American officials say. “In its current form, the relationship is almost unworkable,” said Dennis C. Blair, a former American director of national intelligence. “There has to be a major restructuring. The ISI jams the C.I.A. all it wants and pays no penalties.”

One top adviser to General Petraeus sought to play down the animosity with Pakistani officials, noting that the general had regularly met with the Pakistanis for nearly three years, most recently on Monday. Still, the adviser acknowledged that with General Petraeus leading the C.I.A., “the pressure may be more strategic, deliberate and focused — to the extent that it can be.”

A Pakistani official described the mounting tensions as a game of “brinkmanship,” with both Adm. Mike Mullen, who as chairman of the Joint Chiefs of Staff has been the Obama administration’s point man on Pakistan policy, and General Kayani growing impatient because they have little to show for the many hours they have invested during more than two dozen visits over the past three years.

Admiral Mullen surprised Pakistani officials by publicly accusing the ISI of sheltering fighters from the Haqqani network, a Taliban ally that has long served as a proxy for Pakistan’s military and intelligence establishment in Afghanistan. American commanders in eastern Afghanistan say they have killed or captured more than 5,000 militants in the past year, but fighters continue to pour across the border from sanctuaries in Pakistan to Paktia, Khost and Paktika Provinces in Afghanistan.

Pakistan has a sovereignty problem, but it is not the one they think they have. They are letting the Haqqani network usurp their sovereignty and make war on a neighboring country and its allies. They should either take responsibility for the problem or get out of the way. By protecting the Haqqanis they are complicit in making war against our forces and they should not be surprised that we are shooting back with drones or with other means. Pakistan does not have the right to protect people who are attacking a neighboring state.