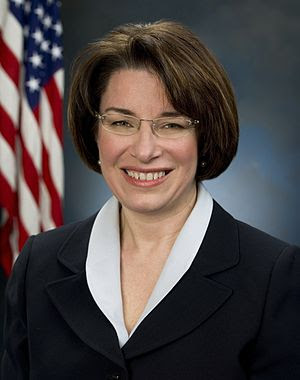 The push-back has come in recent days from Sens. Kent Conrad (D-N.D.), chairman of the Senate Budget Committee, and Joe Manchin (D-W.Va.), a freshman who is running for reelection next year. Sen. Mark Pryor (D-Ark.) told constituents during the Easter recess that he would not vote to lift the debt limit without a “real and meaningful commitment to debt reduction.”

Even Sen. Amy Klobuchar (D-Minn.), generally a stalwart White House ally, is undecided on the issue and is “hopeful” that a debt-ceiling bill can be attached to a measure to cut the federal deficit, said her spokesman, Linden Zakula. Klobuchar is also up for reelection next year.

Months ago it seemed unthinkable that Congress might refuse to raise the borrowing limit. Leaders in both parties agreed that failing to do so would risk a default by the U.S. government, which could send interest rates soaring and cut off Social Security checks, as well as salaries for combat troops.

And although many lawmakers and aides say a bipartisan deal is likely, the insistence on conditions by a small but pivotal group of Democrats suggests that any agreement would almost certainly have to include substantial cuts in the deficit — not just to mollify House Republicans but to satisfy Democrats who could be politically vulnerable on spending issues.

There are probably some more who will join Republicans to get some agreement on spending restraints. Will Obama be smart enough to cut a deal with them? He may not have any choice.