Romney not letting others decide his schedule or issues 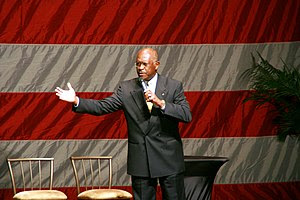 Four years ago, Romney was setting a frenetic pace. Then, as a little-known candidate, he was scurrying from state to state, running television ads in Iowa and New Hampshire, and doing everything he could to prove he deserved to be in the same league as the likes of Sen. John McCain (Ariz.) and former New York Mayor Rudy Giuliani.

This year, he runs as if he couldn’t care less what others are doing. He has chosen the issues on which he wants to speak — mostly the economy and national security — rather than feeling the need to respond to the cable catnip of the day. Four years ago his team wanted to win every news cycle. This year they operate with seeming indifference to whatever may be trending politically on Twitter.

Romney has managed to avoid engaging his rivals, meaning he can concentrate his fire on the president. “They haven’t been forced out into the open yet, which I think is unexpected and remarkable,” said Fergus Cullen, a former New Hampshire Republican Party chairman.

When the first GOP debate is held Thursday in South Carolina, Romney is likely to be missing in action. Becoming a punching bag for Ron Paul or some of the marginal candidates who could be in the debate is not in Romney’s playbook for May 2011. “Stay tuned,” he told reporters when they asked Friday whether he would be there.

He might duck the South Carolina debate, but avoiding a scheduled debate here in New Hampshire in June will be harder, given the importance of the Granite State to Romney’s strategy. George W. Bush skipped an early New Hampshire debate in 1999 and, some strategists here say, started to unravel after that and eventually lost the state’s primary to McCain.

Pawlenty was asked after the event whether he was trying to draw a contrast with Romney over Romney’s failure to apologize for his health-care plan. “I was just referring to my own programs,” he said. He knew others would make the connection, and they did.

Philip Wittmann said he thought all five speakers had done well, though he especially liked Rep. Michele Bachmann (Minn.), former Pennsylvania senator Rick Santorum and businessman Herman Cain. When asked about Romney, he replied, “He’s got a little to overcome with the Massachusetts health-care thing. Pawlenty said, ‘I made a mistake with cap and trade.’ Mr. Romney didn’t say, ‘I made a mistake with the health-care plan in Massachusetts.’ I’d like him to admit it was a big mistake.”

The chances that Bachman, Santorum or Cain get the nomination are remote. If Pawlenty gets it, and he could, it would be an upset. Romney has been struggling for an explanation for his health care plan and he would be wise to use the Palenty approach of having a clunker in his background rather than being stuck trying to explain something in a way that might appeal to some intellectuals, but will not be satisfactory to an electorate that despises the Obama health care plan.

I do think Romney has been wise to avoid the limelight and not assume front runner status. Meanwhile Palin has been drawing fire away from those who are more likely to run in 2012. The Democrats are using up a lot of ammo on her.