EPA stops drilling off Alaska after Shell invest over $4 billion 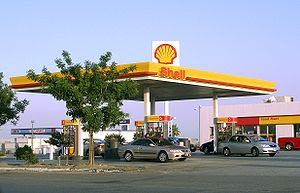 Shell Oil Company has announced it must scrap efforts to drill for oil this summer in the Arctic Ocean off the northern coast of Alaska. The decision comes following a ruling by the EPA’s Environmental Appeals Board to withhold critical air permits. The move has angered some in Congress and triggered a flurry of legislation aimed at stripping the EPA of its oil drilling oversight.

Shell has spent five years and nearly $4 billion dollars on plans to explore for oil in the Beaufort and Chukchi Seas. The leases alone cost $2.2 billion. Shell Vice President Pete Slaiby says obtaining similar air permits for a drilling operation in the Gulf of Mexico would take about 45 days. He’s especially frustrated over the appeal board’s suggestion that the Arctic drill would somehow be hazardous for the people who live in the area. “We think the issues were really not major,” Slaiby said, “and clearly not impactful for the communities we work in.”

The closest village to where Shell proposed to drill is Kaktovik, Alaska. It is one of the most remote places in the United States. According to the latest census, the population is 245 and nearly all of the residents are Alaska natives. The village, which is 1 square mile, sits right along the shores of the Beaufort Sea, 70 miles away from the proposed off-shore drill site.

The EPA’s appeals board ruled that Shell had not taken into consideration emissions from an ice-breaking vessel when calculating overall greenhouse gas emissions from the project. Environmental groups were thrilled by the ruling.

This is the opposite of a wise decision. It is another example that this administration is anti energy and will do anything within its power to strangle domestic production of energy and drive up the cost of fuel. Congress needs to take this power away from the EPA and stop this ridiculous war against energy.