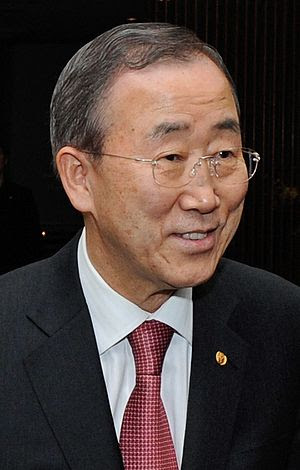 The brutal crackdown by Syrian President Bashar Assad may finally be getting the attention of world leaders -- but apparently not enough to stop Syria from becoming the newest member of the U.N. Human Rights Council.

And despite calling for an independent investigation into the crackdown, which has left hundreds dead, U.N. Secretary-General Ban Ki-moon apparently won’t do much about blocking Syria’s path to the human rights group.


Ammar Abdulhamid, a Syrian human rights activist based in Washington, called on the secretary-general "to have a greater sense of decency and courage, and to realize that his position gives him a certain moral authority and puts him exactly in the position to tell the Assads that their candidacy at this stage is unwelcome." Abdulhamid was forced to flee Syria in 2005 following criticism of the Assad regime, and still finds himself under attack by the regime. His website was recently hacked and now posts the latest videos and news on his blog (http://syrianrevolutiondigest.blogspot.com).
A State Department spokesman last week said the U.S. would oppose Syria's bid to the Human Rights Council, calling it "inappropriate and hypocritical." But it would seem Syria is virtually guaranteed a seat, having been selected as one of four candidates for the Asian bloc.
...

It also guarantees that the Council is a farce. It is a gathering that welcomes a mass murdering state into its midst while doing nothing about the serious ab use of the right to life of Syria protesters. Syria is not a place which permits its citizens to assemble to protest the government.