Liberal debate of conservative ideas--Forget about it 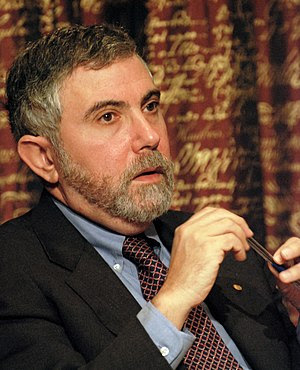 While inspecting the body politic, one encounters one clear sign that liberalism is dead. It is the condition of our political discourse. Polite commentators note that the dialogue is “rancorous.” Some say toxic. Actually, it is worse than that. It is nonexistent. From the right, from the sophisticated right, there is an attempt to engage the liberals. Budget Chairman Paul Ryan, Wisconsin Republican, just did it by presenting a budget that cried out for intelligent response. President Obama’s response was to invite Mr. Ryan to sit in the front row for Mr. Obama’s “fiscal policy” speech at George Washington University. There, Mr. Obama heaped scorn on an astonished Mr. Ryan and his work. He did not even mention Mr. Ryan’s name. This is what Mr. Obama calls an “adult” debate?

From the rest of the liberals there generally is silence. They prattle on about Glenn Beck or Sarah Palin, but they pay almost no heed to the think tanks on the right, to their journals of opinion or to the writers and figures of heft. The liberals are dead.

There are the zombies out there - well-known politicians such as Al Gore - or writers such as New York Times columnist Paul Krugman who howls about the Heritage Foundation while fudging that think tank’s findings or about the aforementioned Mr. Ryan. But there is no one capable of engaging the serious conservatives. None even tries. Their idea of dialogue amounts to hurling lines fit for a bumper sticker - “I am a citizen of the world” or “War is not the answer.” Or perhaps they hurl a slur - conservatives are “extreme,” though by now, the conservatives have been around for decades and running the country more frequently than not: the Reagan and Bush administrations and the Gingrich Congress. Have the liberals not noticed this? As I say, liberalism is dead.

Conservatives are the party of ideas now and liberals seem to be the party of insults and demagoguery. They are no longer willing to engage in a serious discussion of the issues.

Unfortunately, this is not new. This is also how they acted during the Bush administration. It is probably going to take some more election defeats to get their attention.