The dangers of cutting defense to waste money on domestic spending 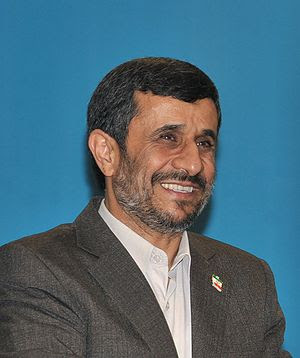 There is a simple explanation why the U.S. military was largely unprepared for 9/11; why there were too few troops for Iraq or Afghanistan; why there wasn't enough body armor, or up-armored vehicles, or too few unmanned aerial vehicles, or anything else our armed forces lacked -- Washington had been systematically under-funding defense for over a decade. And most of the additional spending since 9/11 has gone to pay for current conflicts, not to rebuild our armed forces.

So when President Obama declared in his big government-spending plan speech that he was going to order a review of the military's roles and missions, it was pretty clear what the answer will be. Obama's Pentagon will produce another budget-cutting justification.

Like all the previous studies that have rubber-stamped the number OMB hands them, the report will justify savings by declaring that the U.S. will "manage" risk. Such claims are fatuous on their face.

Risk can be managed only when the elements of risk -- threat, vulnerability and criticality -- are controlled. Obama cannot control two-bit dictators such as Muammar Gaddafi and Mahmoud Ahmadinejad, let alone China and other rising powers.

Obama's plan for "Pentagon savings" is like planning to save money on the family budget by skipping the mortgage payment. The president will take us back to the days of Carter and Clinton, when presidents skimped on defense to save as much "big" government as they could.

In the end, all America got was more big government and a bigger defense bill. Both Reagan and Bush had to pay the bill for unpreparedness left by the presidents who came before them. Does the pattern have to keep repeating itself?

The answer is unfortunately yes. It is the price we pay for electing Democrats. They can't help themselves when it comes to cutting defense spending. Unfortunately, it is the troops who will have to pay the bill in their blood when they are rushed off unprepared for the next conflict, because the budget was cut.

We already have a very small military for such a large country. We try to make up for that with force multipliers using technology, but that will be cut along with the number of troops. The Clinton cuts were the reason we did not have enough troops for operations in Iraq and Afghanistan. Get ready for a repeat of those events.