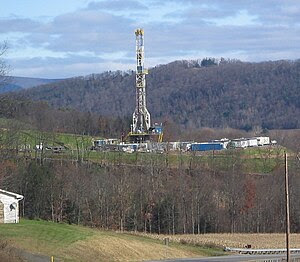 Critics of hydraulic fracturing were quick to pounce on last week's well blowout in Pennsylvania as proof that the controversial method of extracting natural gas is an environmental threat.

That includes state Attorney General Eric Schneiderman, who just days earlier rashly overreached and vowed to sue the federal government unless it commits within 30 days to conducting a full review of regulations that would allow natural-gas drilling in the Delaware River Basin.

At issue is fracking -- the controversial process in which a high-pressure mix of water, chemicals and sand is used to extract natural gas from rock formations.

And, Schneiderman notwithstanding, a federal review of fracking is under way -- and is just one of several.

Which is fine. Nobody is advocating reckless action.

But it remains that a good way to kill fracking is to study it to death -- which appears to be Schneiderman's real goal.

He and the usual Greenie suspects are looking for a permanent ban on fracking, which has long been allowed in every state -- except New York.

As for last week's incident, there is little evidence that any nearby waterways have been contaminated by the blowout -- which was quickly brought under control. And drilling has stopped while the accident's cause is determined.

But let's be frank: No energy-development process is guaranteed risk-free -- and carbon-based energy sources are the lifeblood of civilization.

That particularly impacts efforts to drill in upstate's Marcellus Shale, believed to be rich in natural gas -- and a prime source to not only help relieve New York' energy woes, but to give a shot in the arm to the economically forlorn Southern Tier.

The anti energy left is keeping New York state poor and in debt while its citizens have to import energy from more enlightened states. There will be plenty of Texans and people from other states willing to sell New Yorkers natural gas. It is a shame that the New Yorkers will have to miss out on the jobs and the royalty income from the wells.