London was source of terrorist recruits sent to Pakistan to train 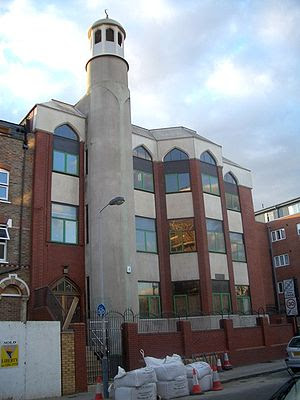 Abu Qatada and Abu Hamza, two preachers who lived off state benefits after claiming asylum, are identified by the American authorities as the key recruiters responsible for sending dozens of extremists from throughout the world to Pakistan and Afghanistan via London mosques.

The leaked documents, written by senior US military commanders at Guantánamo Bay, illustrate how, for two decades, Britain effectively became a crucible of terrorism, with dozens of extremists, home-grown and from abroad, radicalised here.

Finsbury Park mosque, in north London, is described as a “haven” for extremists. United States intelligence officials concluded the mosque served as “an attack planning and propaganda production base”.

The files will raise questions over why the Government and security services failed to take action sooner to tackle the capital’s reputation as a staging post for terrorism, which became so established that the city was termed “Londonistan”.

The documents show that at least 35 detainees at Guantánamo had passed through Britain before being sent to fight against Allied forces in Afghanistan. This is thought to be more than from any other Western nation.

Of those, 18 were originally from abroad. The other 17 were British nationals or citizens granted residency here after claiming asylum, who were indoctrinated before being sent to terrorist training camps in Afghanistan.

The Government has paid millions of pounds in compensation and benefits to people regarded as highly dangerous by the US authorities.

Qatada, who was paid compensation under human rights laws for being “unfairly detained”, is described as “the most successful recruiter in Europe” and a “focal point for extremist fundraising [and] recruitment”. Hamza is accused of encouraging “his followers to murder non-Muslims”.

Four mosques in London and an Islamic centre are highlighted as places where young Muslim men were radicalised and turned into potential terrorists. Finsbury Park mosque “served to facilitate and training of recruits,” note the files, adding that it was “a haven for Islamic extremists from Morocco and Algeria.”

• Sixteen detainees sent back to Britain are regarded as “high risk” by the US authorities and are liable to plan attacks against the West. However, they have been paid a reported £1 million each in compensation by the Government. For the first time, details of their alleged extremist activities, including travelling to Afghanistan to fight against British troops, are disclosed;

• The US government suspected the BBC of being a “possible propaganda media network” for al-Qaeda after details of a phone number at the broadcaster was found in the possession of several suspected terrorists. The number, which now appears to be disconnected, was thought to be for an employee of the BBC World Service, which was then funded by the Foreign Office;

• Terrorist recruits from across Africa and the Middle East flocked to London to claim asylum, often after travelling through other European countries;

• British taxpayers’ money was used to bankroll an Afghan politician who was sent to Guantánamo Bay after being exposed as an al-Qaeda aide. Mullan Haji Rohullah received more than £300,000 to destroy his opium crop – but he sold the drugs and kept the money from the Department for International Development.

• Four of the Guantánamo detainees were “British intelligence sources” who betrayed their paymasters.

• The last remaining British national at the prison is an al-Qaeda commander who directed terrorist forces in Tora Bora during the Afghanistan conflict. His family, who were previously allegedly paid directly by Osama Bin Laden, is thought to have received compensation from the Government.

The British have a nutty political correctness that facilitates the terrorist and their recruiters. They are further hampered by the EU "human rights" laws that is more interest in protecting the terrorist their their potential victims.

In short, the enemy is taking advantage of a goofy "human rights" scam to take money from the UK while they plot its destruction and our own. They need to get rid of the human rights wackos who are fronting for the terrorist.