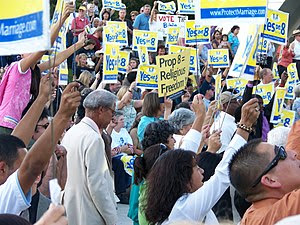 To hear them describe it, defenders of traditional marriage during last year’s trial on California’s Proposition 8 felt like the visiting team in a game with a hometown referee.

It was an open secret that District Court Chief Judge Vaughn Walker was gay, although he had never publicly acknowledged it. Under the circumstances, challenging his objectivity in a case on the constitutionality of “one man, one woman” marriage carried substantial risks, such as angering the judge or being accused of “outing” a public figure, without any promise of success.

The circumstances changed when Judge Walker, now retired, was quoted in an April 6 article by Reuters saying that he had been involved in a same-sex relationship for more than 10 years. Now traditional-marriage proponents are openly disputing the judge’s impartiality, culminating in Monday’s motion to throw out his decision overturning Proposition 8.

This is an issue that should be decided by the voters and the legislature and not by judges. That is especially true when the judge has a prejudice in favor of those trying to overturn a referendum. Between the "justice" Department walking away from its responsibility to defend the DOMA statute and the law firm backing out of its representation of the people it looks like the fix is in for proponents of gay marriage. This will not end well.