Serial indecision in the White House 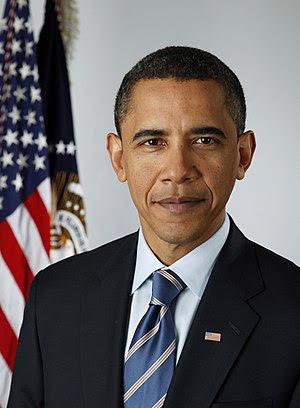 An administration that lacks a consistent foreign policy philosophy has nevertheless established a predictable foreign policy pattern. A popular revolt takes place in country X. President Obama is caught by surprise and says little. A few days later an administration spokesman weakly calls for “reform.” A few more days of mounting protests and violence follow. Then, after an internal debate that spills out into the media, the president decides he must do something. But hoping to keep expectations low, his actions are limited in scope. By this point, a strategic opportunity is missed and the protesters in country X feel betrayed.

This record of serial indecision has damaged American interests. The Obama administration initially stood aloof from the Iranian Green Revolution, even though democratic regime change may be the only realistic alternative to American confrontation with the Tehran regime over its nuclear ambitions. In Libya, Obama waited until Benghazi was in the shadow of genocide before an incremental response. Obama has deployed American credibility in Libya — eventually supporting regime change — while pursuing policies that seem designed to result in stalemate. In Syria, the administration calls for “meaningful reforms” while Damascus employs mass violence against mass protests. Apart from moral considerations, wouldn’t the coldest pragmatist see benefit in the overthrow of Iran’s main ally in the Middle East?

First, there is the political context of Obama’s 2008 election campaign. Since George W. Bush embraced democracy promotion, Obama would devalue it. Since Bush called out enemies, Obama would cultivate them. But the return to nuance turned out to be remarkably superficial. Did Bush’s decisiveness really discredit the idea of decisiveness itself? Events in the Middle East have forced the Obama administration to gradually abandon its philosophy of Bush negation, but the vestiges of that view have slowed an effective response at every stage.

A second explanation concerns Obama’s leadership style. He still acts the part of a college professor who has unlimited time to sift and debate his options, as though extended deliberation were a virtue and indecision had no cost. But changes in the Middle East are demonstrating how difficult it is to conduct a seminar during a hurricane. Hesitance precludes options.

Sometimes you only have a small window of opportunity before your ability to effect change for the better slips away. Obama seems to let those opportunities pass him by without notice. He reminds me of the spouse who is told by his wife she wants a divorce and asks "Is there someone else" to which she responds "There has got to be." Obama keeps waiting until it is too late to seize the opportunities presented by the uprisings. He seems adrift as a witness to history rather than creating it. That is not the mark of a great leader.