Merciless murder in the seige of Deraa, Syria 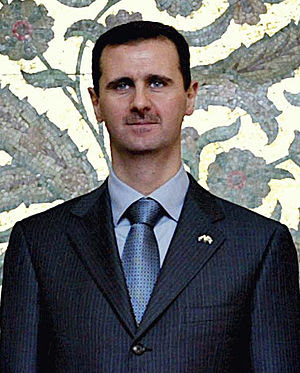 A Syrian mother of six who opened the door to a secret policeman in the border town of Deraa just had time to scream "Israelis are more merciful than you" before he shot her dead, relatives said on Thursday.

Neighbours were then chilled by the hysterical cries of her 10-year-old daughter Sameeha after the killing on Wednesday.

Tanks rolled into Deraa, the cradle of protests against President Bashar al-Assad, on Monday. Residents say at least 50 bodies have been picked up, mainly from the town's old quarter, since then. Dozens more corpses still rot in the streets.

Sameeha's mother, 42, known as Um Omar, was buried in her own backyard -- Muslim tradition barred putting her body among 22 male corpses kept in a refrigerator truck awaiting burial.

"They have no fear of God. As Um Omar said before she died, if we had Israelis besieging Deraa, they would be more merciful," said her cousin Ibrahim, 52, from the Masalmah tribe.

Syria has been in a state of war with Israel for over half a century, although a ceasefire has held since 1974.

Enraged Deraa residents say at least 40 tanks of the ultra-loyal Fourth Mechanised Brigade, commanded by Assad's brother Maher, have deployed in the city situated near the border with Jordan.

"There are still a lot of bodies in the streets, we have only taken a few. Anyone who gets out will find a sniper ready to shoot him. They are not sparing anyone, men, women or children," said a resident from the Mahameed clan.

"They are heartless. Obliterate all of Deraa, but let the children and sick women leave in a safe corridor," he added.

Witness accounts describe desperate relatives from nearby villages being turned back by bullets from troops at checkpoints sealing off Deraa from its surroundings in the Hauran plain.

"Why are they doing this to us? People are going mad worried about their stranded relatives in the city," Abu Tamer said.

The military is in control of the hospital arresting those who come for treatment of wounds. They also are said to be looting pharmacies to keep the wounded from getting supplies for treatment. It is a very repressive operation that will not endear the Assad regime to the people. The regime appears ready to impose genocide on Deraa.