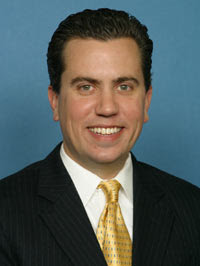 “President Obama is completely uninformed about the oil and gas industry. The industry is not made up of just major companies. It is made up of small independent firms like those in Oklahoma that produce a vast majority of our domestic production. For every CEO of a major company, there are literally thousands of blue collar jobs that are affected by his administration's energy policy. It is a policy that is very inadequate and has left so many on the gulf coast unemployed. Americans are tired of empty rhetoric on both sides and want a real plan. If the President doesn't want to stand up and be a leader, then his silence would be appreciated from people who are trying to find solutions.”

As I have noted before President Obama's intellect is vastly overrated, and it is policies like these that are exposing an ignorance of both business and taxes. His anti energy bias leads him to make poor decisions like this one and like his recent moratorium on drilling offshore wells.

BTW, Boren is a Democrat from Oklahoma. Obama's policies are making them a rare breed.