Boeing should have the choice of where to do business 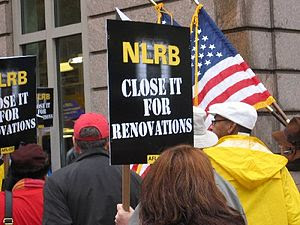 In October 2009, Boeing, long one of the best corporations in America, made an announcement that changed the economic outlook of South Carolina forever: The company's second line of 787 Dreamliners would be produced in North Charleston.

In choosing to manufacture in my state, Boeing was exercising its right as a free enterprise in a free nation to conduct business wherever it believed would best serve both the bottom line and the employees of its company. This is not a novel or complicated idea. It's called capitalism.

Boeing has since poured billions of dollars into a new, state-of-the art facility in South Carolina's picturesque Low Country along the Atlantic coast. It has created thousands of good jobs and joined the long tradition of distinguished and employee-friendly corporations that have found a home, and a partner, in the Palmetto State.

This a win-win for South Carolina, for Boeing, and for the global clients who will see Dreamliners rolling off the North Charleston line at the rate of 10 a month, starting with the first one next year. But, as is often the case, a win for people and businesses is a loss for the labor unions, which rely on coercion, bullying and undue political influence to stay afloat.

South Carolina is a right-to-work state, and we're proud that within our borders workers cannot be required to join a labor union as a condition of employment. We don't need unions playing middlemen between our companies and our employees. We don't want them forcefully inserted into our promising business climate. And we will not stand for them intimidating South Carolinians.

That is apparently too much for President Obama and his union-beholden appointees at the National Labor Relations Board, who have asked the courts to intervene and force Boeing to stop production in South Carolina. The NLRB wants Boeing to produce the planes only in Washington state, where its workers must belong to the International Association of Machinists and Aerospace Workers.

Could the NLRB keep Boeing from moving its facilities to another country. It is hard to see how they could, but it is just as absurd to stop them from moving anywhere in the US. In fact the NLRB is making a blatant attempt to interfere with interstate commerce. It is time to look at whether we even need an agency like the NLRB. It would be a good place to cut regulation and costs and not let it interfere with peoples' right to work.