Obama to Texas--Screw you and your wildfire 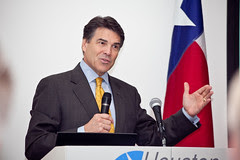 Asked last week why he's so unpopular in Texas, the only thing our president could say was "Republicans." Now that Texas has been lashed by tornadoes, his curious refusal to aid the state suggests the depth of his dislike.

Two weeks ago, Texas Gov. Rick Perry pleaded with the president in a 16-page letter to declare a large number of Texas counties disaster areas after historic wildfires ravaged over a million acres across the state, burning 350 homes and killing three.

A bad combination of hurricane rains, freezing weather and subsequent drought have made ideal conditions for the inferno during this tornado season.

Perry's request was a routine effort to free up federal disaster funds so the state wouldn't have to fight the fires alone. Texas should have been granted it easily.

But to date, nobody's gotten back to him — though other states with natural disasters, such as Oklahoma next door, got the declarations they needed. North Carolina got its declaration a mere four days after it made its request. So far, the White House seems to be saying Texas can burn.

This is no isolated incident. In the aftermath of the September 2010 killing of a U.S. citizen by Mexico's Zeta cartel in Texas waters, Perry pleaded in another letter to the president to send 1,000 extra National Guard troops to the border, warning of a "dire threat amassing on our southern border."

The response he got was little more than pablum from Homeland Security Secretary Janet Napolitano assuring that all was well on the border.

This Monday, Perry announced that Texas would finally get its $830 million in promised federal funding for education from the Department of Education after a nine-month delay. Texas alone of all 50 states had been denied its share of the funds as a result of an amendment from an Obama ally, Rep. Lloyd Doggett of Austin, who wrote a special provision into the 2010 federal education jobs bill to require Texas alone to "supplement and not supplant" state education financing through 2013. Perry called it unconstitutional, and it was reversed in the 2011 budget.

Obama sure does not demonstrate any reason for Texans to change their mind about him and his administration. It would be good politics for him to make peace with Perry and the state, but if he does not his ill will will be remembered and there are still a few other Democrats we can vote against down here.