Syrian forces stretched across the country as occupation force 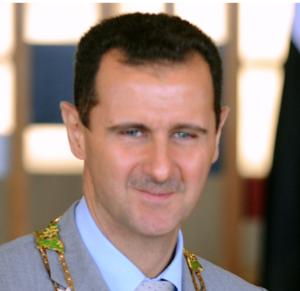 A huge swathe of Syria now resembles a militarised zone - from the town of Homs, north of Damascus, all the way down to Deraa, where the protests first broke out in March.

The Syrian regime has dramatically intensified its crackdown against the protesters in an effort to crush the opposition.

The country is now on the brink of all-out war.

Residents say thousands of heavily armed soldiers, backed by tanks, are swarming the streets of their cities and towns.

In Deraa on Sunday, witnesses said that security forces had opened fire in the city, shooting indiscriminately, even though no protests were being held at the time.

Already, more than 300 people have been killed in a crackdown across the country, human rights groups say. Hundreds more have been arrested.

But this is only a glimpse of the bloodshed we are likely to witness in Syria.

The Baathist regime, facing one of the gravest crises in its 40-year history, has unleashed its security apparatus, including army units, to try to break the will of the opposition.

It was a tactic used by former President Hafez al-Assad, father of the current leader, Bashar al-Assad, against opposition forces led by the Muslim Brotherhood in Hama in 1982.

Some 10,000 Syrians died as the town was virtually flattened by elite government troops.

It is well known that unlike in Tunisia or Egypt there is no daylight between the Assad regime and the Syrian army, particularly the presidential guard, a powerful elite force.

Despite tentative reports about emerging fissures within some army units, the majority of Syrian special forces come from the minority Alawite sect of President Assad and are the spearhead of his regime.

Assad had few inhibitions against using deadly force to secure his regime and what few he had have disappeared as the people made it clear they wanted him gone. The cronies around him could not tolerate such a result so they have probably been pushing him to attack and subjugate the people in order to restore fear. The attacks may not work this time. I sense a pretty strong determination to topple the despots ruling Syria.