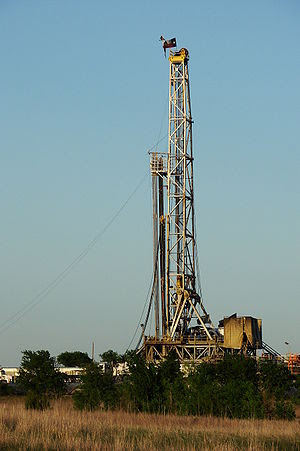 Texans pride themselves on being the heart of the nation’s oil and gas business. But even here, public concern about natural gas drilling is growing.

The anxiety centers on a recently expanded drilling method called hydraulic fracturing, or fracking, which is now used in more than half of new gas wells drilled in Texas. This practice — which involves blasting water, sand and chemicals far underground to break up rock and extract gas — is common in the Barnett Shale, a major shale-gas field around Fort Worth.

Wait a minute, did they say several dozen wee protesting? Dozens? Is that all they can stir up in Fort Worth with a population of around 750,000? If you took in the entire Dallas Fort Worth metroplex you are talking about millions of people and this lead story in the NY Times Politics section is about dozens of protesters wandering through Fort Worth.

The anti energy sources do oppose fracking, but not so much for the stated reason. Their real fear is that it is producing a lot of cheap energy which will make the less efficient alternative energy even less competitive. The cheap gas is the real bad news for the anti energy left.