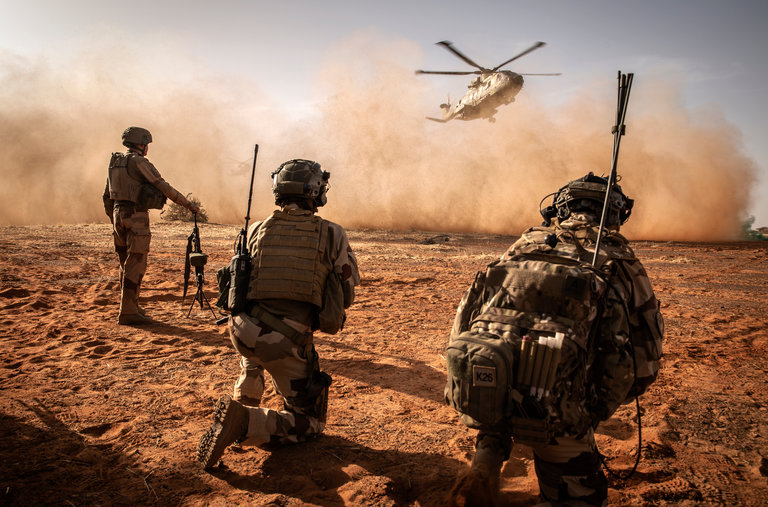 
This is typical of the fight against the Islamist guerilla war efforts.  The Islamist rarely mass their forces.  To defeat this kind of warfare it takes a force to space ration adequate to deny movement to contact by the enemy forces.  France is not willing to make that kind of commitment and probably does not have the resources to do so.  Its troops are probably better than the ones they are fighting, but there are just not enough of them to deny enemy movements.

The Islamists do not have enough troops or resources to defeat the French either, so you get a stalemate.
France Islamic terrorist