US, Japan, South Korea have nothing to talk about with Norks 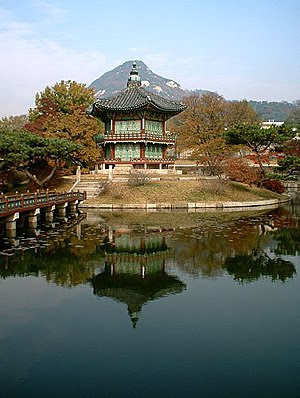 Obama administration officials said that a return to the table with North Korea, as China sought this weekend, would be rewarding the North for provocative behavior over the past week, including its deadly artillery attack on a South Korean island and its disclosure of a uranium enrichment plant. Beijing called for emergency talks with North Korea, the United States, Japan, South Korea and Russia, participants in the six-party nuclear talks, which have been suspended indefinitely.

“The United States and a host of others, I don’t think, are not interested in stabilizing the region through a series of P.R. activities,” said Robert Gibbs, the White House spokesman.

He said that the talks “without an understanding and agreement from the North Koreans to both end their behavior as they exhibited last week, but also to come to the table with a seriousness of purpose on the denuclearization issue — without that seriousness of purpose, they’re just a P.R. activity.”

Rejecting the emergency talks amounts to a pointed rebuke to China. The United States wanted China to signal clearly that North Korea’s aggressive behavior would not be tolerated. Instead, Beijing remained neutral about who was responsible for the recent flare-up, and offered only to provide a venue for all sides to air their differences.

The irony of the refusal to talk is that it is just the kind of action are lack there of that candidate Obama would have criticized the Bush administration for. Now that he has the Com, he sees the wisdom of not talking to people whose word is no good. Would he believe the Norks if they said they were going to stop acting provocatively? He shouldn't. What he really needs is some assurance from the Chinese that they will take effective action against North Korea is they do not stop the bad conduct.