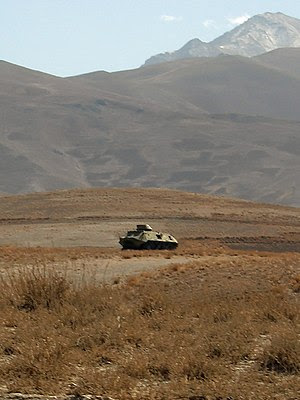 British-based men of Afghan origin are spending months at a time in Afghanistan fighting Nato forces before returning to the UK, the Guardian has learned. They also send money to the Taliban.

A Taliban fighter in Dhani-Ghorri in northern Afghanistan last month told the Guardian he lived most of the time in east London, but came to Afghanistan for three months of the year for combat.

"I work as a minicab driver," said the man, who has the rank of a mid-level Taliban commander. "I make good money there [in the UK], you know. But these people are my friends and my family and it's my duty to come to fight the jihad with them."

"There are many people like me in London," he added. "We collect money for the jihad all year and come and fight if we can."

His older brother, a senior cleric or mawlawi who also fought in Dhani-Ghorri, lives in London as well.

Intelligence officials have long suspected that British Muslims travel to Afghanistan and Pakistan each year to train with extremist groups.

In a less "welcoming" society these people would otherwise be known as traitors. The UK has stretched diversity to the limit. It makes you question how long their culture can survive.