About those green jobs--Training for nothing 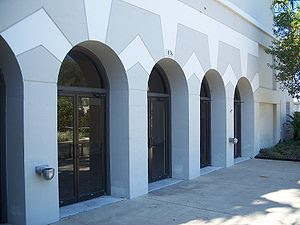 After losing his way in the old economy, Laurance Anton tried to assure his place in the new one by signing up for green jobs training earlier this year at his local community college.

Anton has been out of work since 2008, when his job as a surveyor vanished with Florida's once-sizzling housing market. After a futile search, at age 56 he reluctantly returned to school to learn the kind of job skills the Obama administration is wagering will soon fuel an employment boom: solar installation, sustainable landscape design, recycling and green demolition.

Anton said the classes, funded with a $2.9 million federal grant to Ocala's workforce development organization, have taught him a lot. He's learned how to apply Ohm's law, how to solder tiny components on circuit boards and how to disassemble rather than demolish a building.

The only problem is that his new skills have not resulted in a single job offer. Officials who run Ocala's green jobs training program say the same is true for three-quarters of their first 100 graduates.

Despite the money Obama is throwing at so called green jobs few have materialized and most that have need a government subsidy to survive, because the products are so inefficient compared to the alternative of carbon based energy. Until they can make green energy more efficient, it is always going to lag. The sustainable landscaping might survive if people can afford to make the change.

National File: Democrat political strategist Damien Thaddeus Jones, who served as regional political director for Beto O’Rourke’s U.S. Senate campaign, has come forward to blow the whistle on a massive voter fraud ring in Harris County, Texas. The voter fraud ring is overseen by Dallas Jones, who served as Texas Political Director for the Joe Biden presidential campaign. In this stunning audio obtained exclusively by NATIONAL FILE, Damien goes into detail about Dallas Jones’ fraudulent activity and work for Biden. On the tape, “Sheila” refers to Sheila Jackson-Lee. This article below delves into the massive evidence of voter fraud — including photographic evidence and sworn affidavits — that emerged in Harris County in 2020, and how its direct link to the Biden campaign provides even more justification for President Donald Trump’s ability to claim victory in the presidential election. Harris County, Texas conducted 24-hour voting in the 2020 election, even as the county became engulfe
Read more