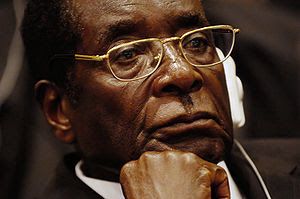 Zimbabwe's president, Robert Mugabe, and his allies have seized nearly half the country's commercial farms in a land grab widely blamed for economic collapse, an investigation claims today.

Mugabe has bought the loyalty of cabinet ministers, senior army and government officials and judges with nearly 5m hectares (12.5m acres) of agricultural land, including wildlife conservancies and plantations, according to the national news agency ZimOnline.

ZimOnline's investigation undermined the central claim behind Mugabe's land reforms: that they are give the majority of black Zimbabweans their rightful inheritance. "Even though Mugabe has consistently maintained that his land reform programme is meant to benefit the poor black masses, it is him and his cronies who have got the most out of it," it argued.

A "new, well-connected black elite" of about 2,200 people controls nearly 40% of the 14m hectares seized from white farmers, ZimOnline found. These range in size from 250 to 4,000 hectares in "the most fertile farming regions in the country".

The past decade of land invasions – which reduced 4,000 white farmers to 400 by murders, beatings and forced evictions – is held responsible by many for the demise of the "breadbasket of Africa".

It is certainly proof that redistributing the wealth of Zimbabwe has made everyone poorer.