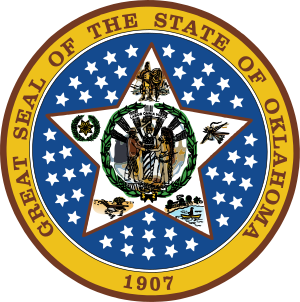 A federal judge on Monday temporarily blocked Oklahoma from putting into effect an amendment to the constitution that would forbid state judges from considering Islamic law in their decisions.

Judge Vicki Miles-LaGrange of Federal District Court in Oklahoma City gave no timetable for when she would make a final ruling. The amendment has generated controversy in Oklahoma, where Muslims claim that the state is discriminating against their religion and supporters claim that there is an international movement to impose Shariah law in Western democracies.

The amendment was passed with 70 percent of the vote on Election Day in a Republican landslide, and Oklahoma politicians say its presence on the ballot helped to increase turnout among conservatives. As a result, Republicans seized the governor’s office and both houses of the Legislature for the first time in modern history.

The measure, known as State Question 755, or the “Save Our State Amendment,” forbids judges from considering or using Shariah law in their decisions, as well as banning the use of international law.

But in her order, Judge Miles-LaGrange said the measure did not pass constitutional muster. It conveys a message, she said, that the state favors one religion or particular belief, and that the federal courts have held that such a message violates the First Amendment.

“While defendants contend that the amendment is merely a choice of law provision that bans state courts from applying the law of other nations or cultures, regardless of what faith they may be based on, if any, the actual language of the amendment reasonably, and perhaps more reasonably, may be viewed as specifically singling out Shariah law, conveying a message of disapproval of plaintiff’s faith,” the judge wrote.

Her ruling is rather incoherent. In fact it makes no sense. Shari'a law is a barbaric code from the middle ages that is used to disfigure defendants and stone women.

When you consider that the federal courts have blocked states from even putting monuments up stating the 10 commandments, it is absurd to suggest they must give some credence to this ancient code of cruel and unusual judgments.

When you also consider that the enemy that is making war against wants to impose this barbaric code on the whole world the judges sentence is just wrong.