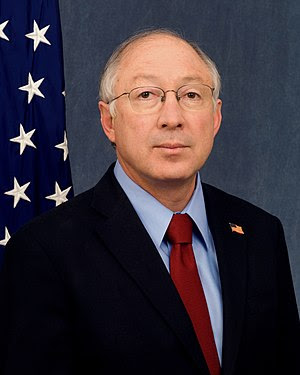 A much anticipated meeting between Interior Secretary Ken Salazar and executives from the oil and gas industries failed to lead to much progress, as both sides expressed frustration with the outcome of Monday's meeting aimed at diffusing simmering tensions in the wake of the BP oil spill.

"We recognize that we have some difficult issues to work through," Salazar told reporters after the meeting in Houma, La. The Interior Department released a readout of the meeting, in which Salazar pledged to continue to work to ensure that industry representatives understood the rules - and stressed that safety was a priority.

But others said the meeting was mostly talk and little action.

"We all came expecting, hoping, for a new policy decision, a breakthrough in terms of permitting, at least a new set of permits issued, and we heard none of that," said Sen. David Vitter, (R-La.), after the meeting. "That was extremely disappointing."

Slazar should be fired. He is the worst Secretary of the Interior in history. He is pushing the liberals anti energy agenda and is using a passive aggressive approach to killing offshore energy production and generally is trying the strangle all domestic energy that he can.