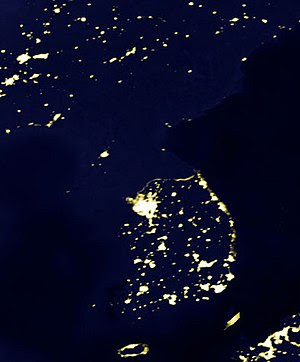 A mass exodus of North Korean workers from the Far East of Russia is under way, according to reports coming out of the region. As the two Koreas edged towards the brink of war this week, it appears that the workers in Russia have been called back to aid potential military operations.

Vladnews agency, based in Vladivostok, reported that North Korean workers had left the town of Nakhodka en masse shortly after the escalation of tension on the Korean peninsula earlier this week. "Traders have left the kiosks and markets, workers have abandoned building sites, and North Korean secret service employees working in the region have joined them and left," the agency reported.

... Defectors have suggested that the labourers work 13-hour days and that most of their pay is sent back to the government in Pyongyang. Hundreds of workers have fled the harsh conditions and live in hiding in Russia, constantly in fear of being deported back to North Korea.

It is hard to blame them from trying to escape slave labor conditions that are not much better than living in North Korea. What these guys need is a union. I have some candidates I would like to send over there to work on organizing them.