Obama and free trade with Colombia 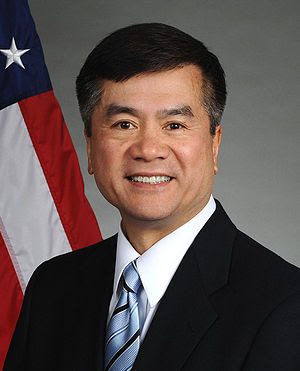 In an interview on CNBC's Squawk Box from the Americas Competitiveness Forum in Atlanta two weeks ago, Commerce Secretary Gary Locke was asked if he found it awkward to face the attending Colombians, who have been waiting since 2008 for ratification of their free trade agreement (FTA) with the United States.

"Actually," Mr. Locke declared, "there are a lot of intense negotiations going on as we speak, and I've been meeting with some of the ministers and representatives of the government of Colombia here." That was news to my Colombian sources familiar with what happened. They told me that there were no such "intense negotiations."

Why should there have been? This deal is already signed by both parties. It is even likely that it would be ratified if President Obama would only send it to Congress for an up-or-down vote under "fast-track negotiating authority." Instead, the administration has been letting it languish in a drawer, and its explanations for doing so grow more convoluted every day.

There's a reason for that. Under Obamanomics, exports are supposed to play the leading role in putting Americans back to work. This makes the Colombia deal good, because it would increase U.S. competitiveness in that South American country. But Big Labor is against free trade agreements and Mr. Obama needs Big Labor. That makes the Colombia deal bad.

Labor's opposition to this treaty is not very smart. The treaty would immediately increase work for union employees at places like Caterpillar and other heavy equipment makers who now face a 40 percent tariff. There is no tariff on Colombian goods coming into the US so the labor opposition makes no sense from a jobs or economic standpoint. It is just their ideological opposition that is blocking the agreement.