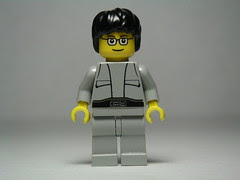 If they gave prizes for the art of nuclear blackmail, North Korea’s Kim Jong Il would right now be hoisting his trophy for lifetime achievement. Call it the Plutonium-Uranium-Switcheroo Shakedown Award.

For 16 years, Kim has ruled his totalitarian state with the help of treasure and concessions extorted from the U.S. and pals via periodic bouts of haggling over deals for North Korea to end its development of nuclear weapons. It’s now almost two years since the six-party talks collapsed over North Korea’s refusal to allow verification that it was abjuring nukes. North Korea went on to conduct a second nuclear test plus assorted missile tests; continued its sanctions-busting weapons traffic with Iran; and sank a South Korean warship. With all that under Kim’s belt, it’s about time for North Korea to mosey back to the bargaining table and cash in again on promises to desist — as it did with the Agreed Framework nuclear freeze deal in 1994, as it did with the Six-Party Talks denuclearization deal in 2007. And now, having raked in the rewards of rogue production of plutonium, there’s one more chip that Pyongyang can bring to the bargaining table. Lo and behold! North Korea has just unveiled a fancy and apparently new facility for enriching uranium.

As we’ve all learned while watching Iran install thousands of centrifuges for uranium enrichment, this is another way of making fuel for nuclear bombs....

Now the only way to get the China's attention is to encourage Japan and South Korea to develop nuclear weapons in response to this latest provocation. Both could develop the weapons pretty quickly along with missile defense capability that would make the Chinese squirm and put the pressure on the Norks to stop what they are doing.