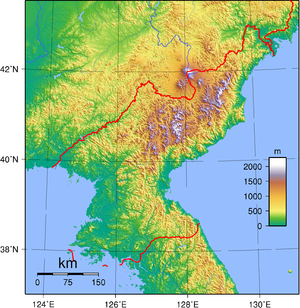 North Korea issued fresh warnings of military action, threatening to "deal a merciless military counterattack" at any "intrusion" into its territorial waters. The rhetoric came as four days of US- South Korean naval exercises in the Yellow Sea, involving the aircraft carrier George Washington, got under way - a deployment which the Pyongyang regime says has brought the region to the "brink of war."

The US has also agreed to a South Korean request to deploy the E8-C Joint Surveillance Target Attack Radar System (JSTARS), used in the 1991 Gulf War, according to military sources quoted by Yonhap. The deployment was approved by the US Defense Secretary, Robert Gates.

North Korea yesterday fired several artillery rounds inside its territory near the island of Yeongpyeong, triggering a brief outbreak of panic among journalists and the few remaining residents who feared a repeat of Tuesday's attack. All those on the island were ordered to take cover in bunkers for about 40 minutes.

Late yesterday, the South Korean government expelled all journalists from Yeongpyeong, saying it could no longer guarantee their safety.

South Korea last night reacted coolly to a proposal by China for emergency talks on the crisis. In its first significant intervention in the dispute, Beijing, North Korea's closest ally, suggested an urgent meeting later this week of the six nations which have been taking part in negotiations on Pyongyang's nuclear programme.

But these so-called "six-party talks," involving the US, China, Japan, Russia and the two Koreas themselves, have been stalled for more than eighteen months amid mounting evidence that the North continues to race ahead with its nuclear programme. Earlier this month, Pyongyang unveiled an ultra-modern centrifuge facility to manufacture highly enriched uranium, a key ingredient in nuclear weapons.

Washington and Seoul say the six-party talks should not resume until North Korea is prepared to make a serious offer of disarmament, insisting that Pynongyang must not be "rewarded" for bad behaviour.

China's move is likely to confirm fears that North Korea staged last week's attack to strengthen its hand in the nuclear negotiations and get itself back to the table without needing to make concessions.

I think there will be no eagerness to rejoin the six party talks by anyone other than possibly China. North Korea lacks legitimacy at this point and its bad faith is palpable. It now faces a South Korean government that is not willing to pay a bribe for the status quo.