How to rev the jobs machine 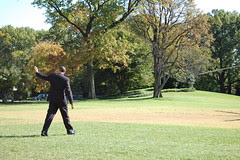 The White House's lack of understanding of how new businesses and jobs are created is one of the gravest dangers our economy faces today. A telling case in point: the coming increase in capital-gains taxes.

To President Obama's economic mavens, raising capital-gains taxes is a no-brainer. Since they mostly accrue to the rich, why not tax them to the hilt? And with fewer than 40 days to go before the largest tax hike in history takes effect, few others are talking about perhaps the most devastating element.

The silence is strange, since virtually all economists, left or right, agree in principle that long-run economic growth depends on saving and investment — the basis of all capital formation. Yet, Obama and his advisers seem to subscribe to an inverted logic that tells them they can tax capital at much higher rates and still have more saving and investment.

They can't, of course, but that hasn't stopped them from letting the cap-gains tax return to 20% — a 33% increase from the current level. And for those with the highest incomes, thanks to health care reform, another 3.9% gets tacked on.

Dividends get treated even more punitively. They go from the same 15% rate that applies now to capital gains to being taxed like regular income. Older Americans who depend on dividend income will find their tax bills soar as much as 190%.

This does more than just "punish" the rich, something the left does with relish, like little boys plucking the wings from flies. It will punish a broad swath of America by further dampening business startups and killing off millions of future jobs.

I don't think most Democrats care that their tax policy hurts jobs as long as it makes the rich pay more than their fair share of the taxes. Certainly Obama falls into that category as he search's for "social" justice on the backs of the rich while keeping the poor and the middle class under employed. On the low end of the employment ladder the Democrats are killing entry level jobs with their high minimum wage which has been especially hard on young black males sending theri unemployment rate soaring since they raised it.