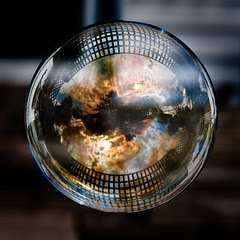 In a series of papers published by the Royal Society, physicists and chemists from some of world’s most respected scientific institutions, including Oxford University and the Met Office, agreed that current plans to tackle global warming are not enough.

Unless emissions are reduced dramatically in the next ten years the world is set to see temperatures rise by more than 4C (7.2F) by as early as the 2060s, causing floods, droughts and mass migration.

As the world meets in Cancun, Mexico for the latest round of United Nations talks on climate change, the influential academics called for much tougher measures to cut carbon emissions.

In one paper Professor Kevin Anderson, Director of the Tyndall Centre for Climate Change Research, said the only way to reduce global emissions enough, while allowing the poor nations to continue to grow, is to halt economic growth in the rich world over the next twenty years.

This would mean a drastic change in lifestyles for many people in countries like Britain as everyone will have to buy less ‘carbon intensive’ goods and services such as long haul flights and fuel hungry cars.

Prof Anderson admitted it “would not be easy” to persuade people to reduce their consumption of goods.

I would rather see the world get warmer.

IBD responds to the proposal.

There is so much wrong with Anderson's proposal that it's hard to decide where the undressing should begin. Maybe we should start with his notion that poor nations can develop while economic growth in rich countries is blocked.

Anderson is also wrong about rationing. There's no compelling reason for governments to limit consumption. The notion that the planet is heating dangerously due to human activity has crumbled under the weight of evidence to the contrary. State restrictions on consumers would serve no purpose except to make happy the class warriors and egalitarians who are driven by envy.

And comparing the threat of global warming to the fascist threat of World War II? It's both a sophomoric exaggeration and an injustice to those who bravely fought for freedom in that war.

Credit Anderson, though, for revealing the global warming alarmists' intent: not protection from climate change but the replacement of capitalism with statism. In the name of shielding the planet from the imagined effects of carbon, the environmental left wants to ration everything from meat to air travel to home energy use.

The control freaks want to take charge of everyone's life. The good news is that they are thinking of doing all this without including the US where they know they cannot get it approved.