Drones not enough to knock out al Qaeda in Pakistan 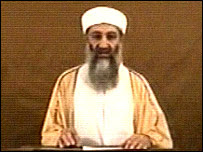 Three troubling developments in Pakistan call into question the effectiveness of the administration's drone-centered strategy there. It may be time to rethink it.

To be sure, the graveyard of "No. 3" al-Qaida figures eliminated by drones is deep. But many of these "kills" have turned out to be midlevel operatives outside al-Qaida's inner circle.

Meanwhile, Pakistan's military has further delayed its long-promised offensive against terrorists in North Waziristan, despite $2 billion in U.S. military aid for the campaign.

Washington has pushed for several years for Islamabad to launch a major military operation in the region, in lieu of our own boots on the ground there.

But Pakistan wouldn't budge, blaming a lack of resources. Now that the army has its money, it still won't march into the region.

... the White House must issue a stern warning to Pakistan's leaders: Should a major U.S. attack be linked back to Pakistan, the U.S. will declare their country a terror state and deny it all aid — military and economic — as well as reinstate sanctions.

Pakistan's resistance to US troops chasing the bad guys makes no sense. They claim it is a matter of sovereignty but for some reason they do not see allowing a hostile force on their territory as a breach of their sovereignty.

The message needs to be, either you go after these guys and get them out of Pakistan or we will.