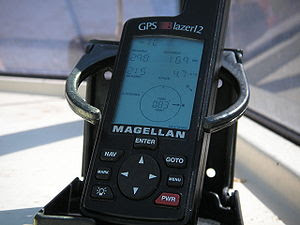 A sharply-divided federal appeals court has rejected a Justice Department bid to overturn a ruling saying the government's use of GPS technology to track a suspect violates the Fourth Amendment.

In a case closely watched by national civil liberties groups, the 5-4 ruling by the U.S. Court of Appeals for the District of Columbia Circuit Friday came three months after a three-judge panel reversed the life sentence of man convicted of running a drug ring from a D.C. nightclub.

Lawyers for the defendant, Antoine Jones, had argued that the government's use of GPS technology violated his "reasonable expectation of privacy."

During the summer, the panel ruled that police needed to get a warrant when using GPS to keep track of a vehicle. In an opinion written by U.S. Circuit Judge Douglas H. Ginsburg, the panel said the GPS data proved "essential to the government's case."

Judge Ginsburg also wrote that a "reasonable person does not expect anyone to monitor and retain a record of every time he drives his car, including his origin, route, destination and each place he stops and how long he stays there."

I think this case is a mistake. There is nothing that would prevent the police from staking out the perp's vehicle and following him. The GPS is just another means of doing that which does not invade his zone of privacy anymore than following him through a mall would.

National File: Democrat political strategist Damien Thaddeus Jones, who served as regional political director for Beto O’Rourke’s U.S. Senate campaign, has come forward to blow the whistle on a massive voter fraud ring in Harris County, Texas. The voter fraud ring is overseen by Dallas Jones, who served as Texas Political Director for the Joe Biden presidential campaign. In this stunning audio obtained exclusively by NATIONAL FILE, Damien goes into detail about Dallas Jones’ fraudulent activity and work for Biden. On the tape, “Sheila” refers to Sheila Jackson-Lee. This article below delves into the massive evidence of voter fraud — including photographic evidence and sworn affidavits — that emerged in Harris County in 2020, and how its direct link to the Biden campaign provides even more justification for President Donald Trump’s ability to claim victory in the presidential election. Harris County, Texas conducted 24-hour voting in the 2020 election, even as the county became engulfe
Read more