Traffic congestion in the oil patch 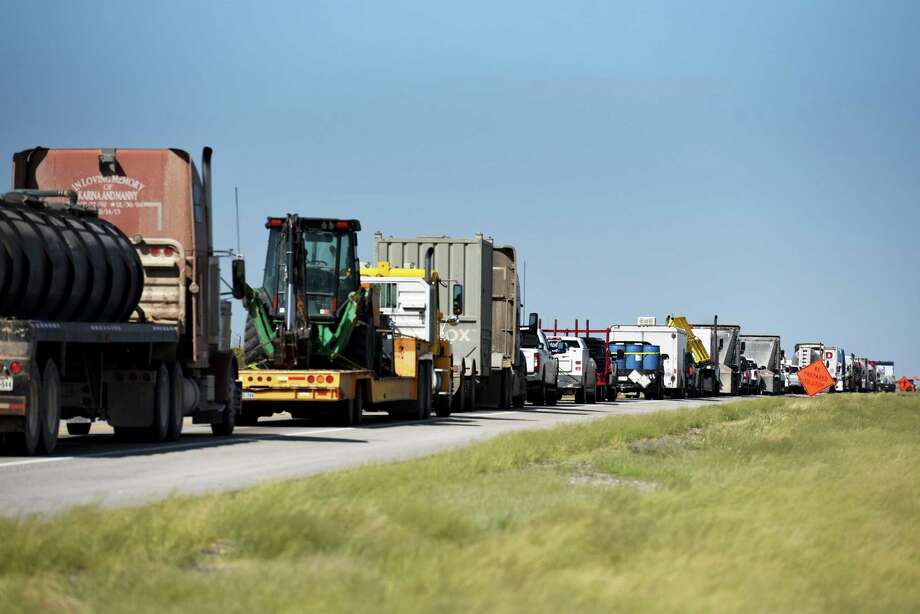 ...
The GMC Yukon rented by Amir Gerges, general manager of Shell’s operations in the Permian Basin, has crawled just four miles in the past hour. “That’s probably a truck that rolled over that’s causing this,” Gerges said, speaking from weary experience.

Turns out, it’s just routine work on Highway 302, an 83-mile-long, often single-lane road that runs from Odessa, Texas, home to a variety of oilfield servicers, to Loving County, in the western part of the Permian. It’s a stretch that saw traffic jump by 76 percent in 2017, and it’s continued to rise this year.

The delay helps Gerges prove a point: Roads, he said, not pipelines, geology or labor shortages, are the biggest long-term threat to sustainable growth in the Permian, the world’s busiest shale oil field. “Almost everything you need at the wellhead is transported by road,” Gerges said. “That’s the one biggest challenge, not just Shell, everyone faces.”

In the often upside-down world of West Texas, the biggest problem with building more roads is not the cost of the materials, but a lack of available workers and affordable housing. It’s tough to match the high pay offered in the oilfields.

“We lose employees to the oilfield all the time because they pay more,” said John Speed, the local district engineer for the Texas Department of Transportation. “Housing is a huge issue. Rents have jumped 30 percent in each of the last 2 years. There’s a year-long waiting list for new builds. ”

Fortunately, with oil money flowing in to the state coffers, funding is not an issue. Some $250 million will be spent next year to upgrade roads, mainly additional lanes, and will increase to $360 million in 2020, according to transportation department. That’s almost 10 times the amount spent in 2012.
...

Roads are another element of the infrastructure problem in meeting the demands of the oil exploration business in West Texas.   It will eventually get fixed.  The answer for supervisors may be to bring in choppers and pilots to get to work sites and use for certain distribution efforts thereby leaving the roads to the heavy vehicles and reducing the traffic somewhat.  The military does this routinely and it might have some answers for the problem.
energy Texas