...
Folks on the left tried to compare the picture Pete Souza took when they got Osama bin Laden. Souza noted that every picture he made was saved according to the Federal Records Act and would eventually be made public.

But as Twitchy reported, journalist Sharyl Attkisson made a couple of important observations about Souza’s comments.

✔@SharylAttkisson
This is interesting ("all photos saved under the law"). When I asked for White House & situation room photos the nite of Benghazi, White House photo office said I could likely have them by day's end. But Josh Earnest blocked release -- and they've never been seen to this day. 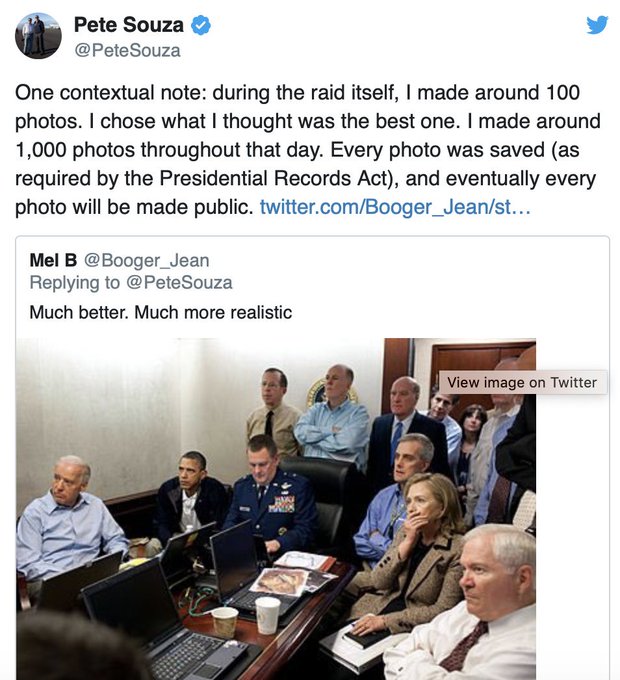 1,518 people are talking about this
So why was her request for the Benghazi pictures blocked by Obama White House Press Secretary Josh Ernest?

Perhaps Souza or someone else in the Obama administration could shed some light on why those Benghazi pictures are still not released since September 2012, some seven years later?

Obama objected to their release because it was not deemed beneficial to his 2012 campaign for reelection. That is the only logical explanation for not releasing them.
ISIL Libya Obama