Whenever you think that there’s no bottom to how silly the liberal media can be in their effort to go after President Donald Trump, just remember, they can always be more ridiculous.

Today’s controversy definitely has to be one of the stupidest media jacked-up controversies ever.

One of the details Americans found out about the raid to get Abu Bakr al-Baghdadi was the heroic actions of a Special Forces dog who chased Baghdadi down the tunnel and was injured when the ISIS leader detonated a explosive device killing himself and three of his children.
...
Then the Daily Wire created a cute meme about the dog. 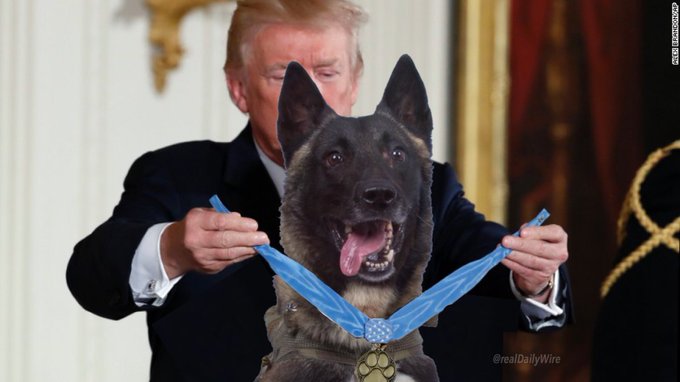 1,534 people are talking about this

The president used it, calling the dog an “American hero!”...

The media went crazy and not in a good way.  Check out the link to see the extremes they went to.
ISIL Media