The problem with the Kushner Russian leak story 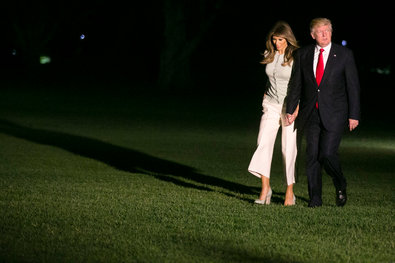 President Trump and Melania Trump arriving at the White House on Saturday night after a nine-day overseas trip.
John F. Kelly, the homeland security secretary, played down reports of a back channel. The president, meanwhile, resumed using Twitter as a weapon.

While the Times continues to flog the story about Kushner's interest in a back channel to talk with Russian leaders, increasingly there is no there, there.  US officials have used back channels for communication for decades.

The Times had no problem when John Kerry used back channels to make the bad deal with Iran possible.  Kissinger had a back channel communication ability with the Soviets.

So why does the Times keep pretending that this is a "growing controversy"?  I suspect it is because they think it fits their anti-Trump narrative.  Like most liberals, they are desperate to distract the President from implementing his conservative agenda.

As Alan Dershowitz keeps asking, "Where is the crime?" they are supposedly pursuing evidence of.
Media Russia Trump