Army developing its own tilt-rotor chopper with F-35 technology


A new Army-led effort to engineer a next-generation tiltrotor aircraft for the 2030s includes the integration of a high-tech 360-degree sensor suite quite similar to the one used on the F-35 Joint Strike Fighter called a Distributed Aperture Systems, or DAS, developers explained. 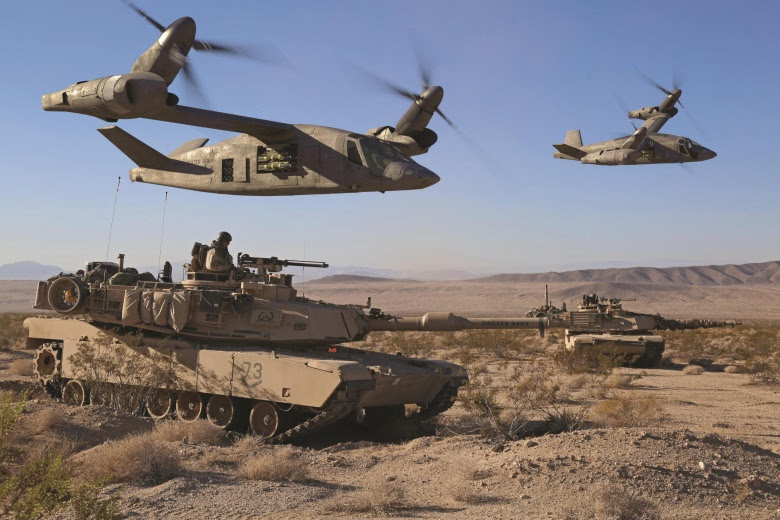 “Instead of having sensors mounted to the turret, you have sensors that are mounted to the aircraft – so essentially you have sensors staring in 360-degrees around the aircraft at any given time. Those images are stitched together so it appears as one continuous image to the pilot. Both pilots can make use of the same system,” Vince Tobin, Vice President of Advanced Tiltrotor Systems, Bell Helicopter, told Scout Warrior in an interview.

This technology will also allow troops riding in the back of the aircraft to wear goggles or a helmet giving them a view of the surrounding sensor feeds as they transit to a mission, Tobin added.

The DAS system will also form the basis a small-arms enemy fire detection technology which will search for and locate the signature of incoming enemy attacks. The sensors will be able to discern the location and heat signature coming from enemy small arms fire, giving the aircraft and opportunity to quickly attack with its weapons – lowering risk of injury to the pilots, crew and passengers.
...

The Marine Corps first developed an operational tilt-rotor aircraft which allows it to move troops into position much faster than with traditional choppers.  While it had several bugs during the development phase the craft has been useful and some special ops units have used it to move men into position rapidly.  It does not have the sensors or the fire suppression capability of the craft under consideration by the army.
war tech