A baby girl found inside a plastic bag in the US has families across the world "waiting in line" to adopt the "miracle" child, an official says. 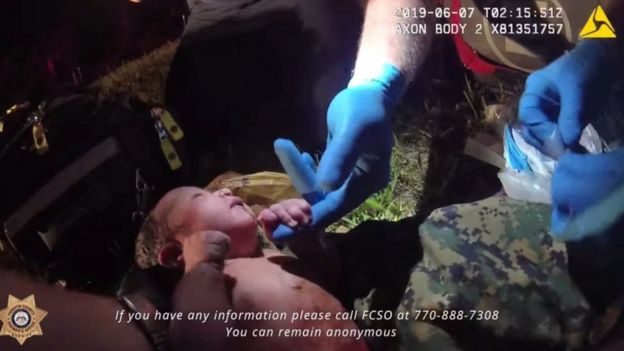 The baby, nicknamed India, was found on 6 June in Georgia after residents heard her crying and called the police.

Police shared heart-rending bodycam footage of an officer tearing open the plastic bag in which she was swaddled.

She was taken to hospital but doctors said she was unharmed and is now gaining weight.

Three weeks on, baby India is said to be "smiling" and "thriving" in the custody of child services.

She will remain there until she a permanent home is found for her. Forsyth County Sheriff's Office is yet to identify the baby's mother or relatives.

But according to Tom Rawlings, the director of Georgia's Division of Family and Children Services, there is no shortage of families willing to adopt her.

"We have people waiting in line to provide that child with a forever home," Mr Rawlings told ABC's Good Morning America.
...

That there are so many people willing to adopt this child is an indication of how life is still dear to many.
Georgia