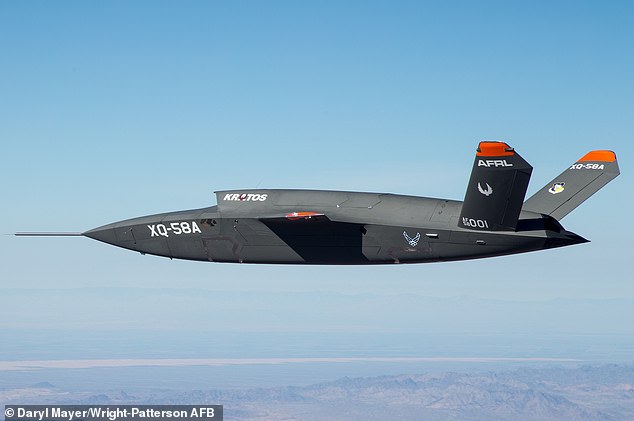 Flight of the Valkyrie: US Air Force shows off its new XQ-58A 'loyal wingman' combat drone


The US Air Force has taken the wraps off its new stealth fighter drone. It was developed in just over 2.5 years, from contract award to first flight – a milestone that took place March 5 at the Yuma Proving Grounds in Arizona. The Air Force released footage from the unmanned XQ-58A Valkyrie’s inaugural flight this week, and says the demonstrator craft behaved ‘as expected.’

There is a video from the flight at the linked story.  It has some of the lines of the F-22 but is not a supersonic craft.  It is designed to accompany piloted craft on missions.
war tech