Police are lining up their vehicles near Eagle Pass, Texas, to help Border Patrol agents stop the illegal crossing of caravan migrants who arrived in the Mexican border town of Piedras Negras last week. Texas Governor Greg Abbott deployed an additional Department of Public Safety (DPS) troopers to the region to assist in securing the border section that has no physical barriers to prevent illegal crossings. 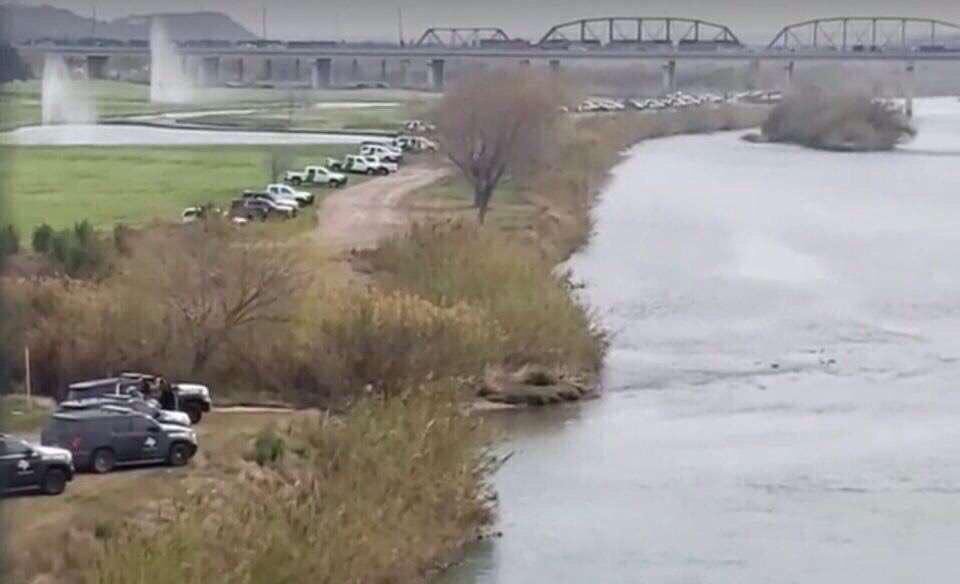 “Texans ask: what’s going on at Eagle Pass?” Governor Abbott tweeted. The governor’s tweet includes a photo showing a large number of DPS vehicles lined up with Border Patrol vehicles along the Rio Grande River near the border community.
...
The apprehension of migrant families in the sector rose from 712 in the first four months of Fiscal Year 2018 to 3,307 this year. The apprehension of unaccompanied minors also jumped by 66 percent this year, according to the Southwest Border Migration report released late last week.
...

I am a little surprised Democrat politicians were not there to greet the migrants with voter registration cards, but they are too busy pretending there is no problem.
immigration. law enforcement