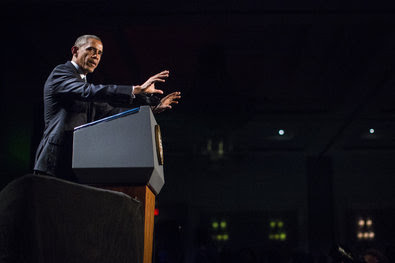 Democrats are eager to embrace President Obama's latest economic plans, hoping they will be seen by voters as the party of the middle class.
Democrats have been encouraged in recent weeks by the administration’s aggressive use of executive authority and President Obama’s decision to push a robust progressive agenda in his State of the Union address.

What this shows is that they maybe as detached from reality as Obama is.  He is pushing an agenda that lost overwhelming in the most recent election.  It looks like they may be weilling to follow him down the road to defeat again.  That has to be good news for Republicans, but bad news for the country over the next two years.
2016 Election Democrats