Defeating Democrats worth the price? 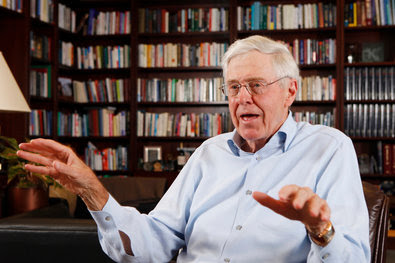 Charles Koch in 2012. The Kochs and their advisers have built a robust array of political organizations.
The goal, announced at the billionaire brothers’ annual winter retreat, is an unparalleled effort by outside groups to shape a presidential election.

If you think the Obama administration has been a liberal disaster and don't want to see it repeated hunder Hillary Clinton then you will probably be glad to see that there are people who want to stop it from happening again.  This will help to counter the leftist influence of the Soros, Steyer  wing of the Democrat party.
2016 Election Koch brothers