A good hit on an evil murderer 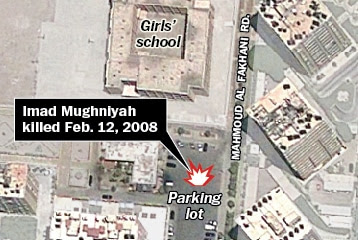 Hezbollah’s international operations chief was killed on a street in Damascus.

The U.S. and Israeli spy agencies used a bomb in the spare tire of a vehicle in Damascus to kill Imad Mughniyah in 2008, former officials say.

This is the guy responsible for murdering Marines in their barracks in Lebanon in the 1980's. Finding him before he could kill even more people and stopping him was a major accomplishment. That the Iranian government still revered him which shows how little these Islamic religious bigots have changed over time.
Iran Lebanon Marines Syria