Media attempts to blackout protest against mass migration in Germany 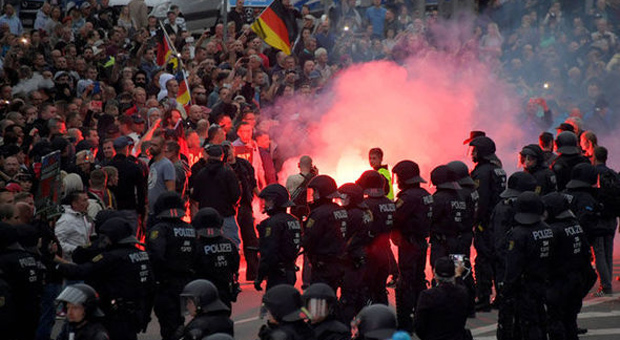 
Thousands of German citizens have demonstrated against Angela Merkel'smass migration and open borders policy by flooding the streets following the recent stabbing death of a German man by a migrant.

The death of 35-year-old Daniel Hillig, a local carpenter who leaves behind a widow, migrants from Syria and Iraq were apprehended.

Last week, Neon Nettle reported that another migrant in Germany, who was suspected of committing hundreds of crimes, was left to roam the street after Angela Merkel's government admitted they do not have the power to deport him.
...
The backlash has been on-going and growing over the past week, with thousands of Germans marching in the streets, calling for Angela Merkel's resignation and blasting the "Lügenpresse" for not reporting the truth about how migration is radically transforming Germany.
...

Apparently, the local government is also attempting to downplay the public anger of what they call "right-wing" forces in Germany.
Germany immigration. law enforcement