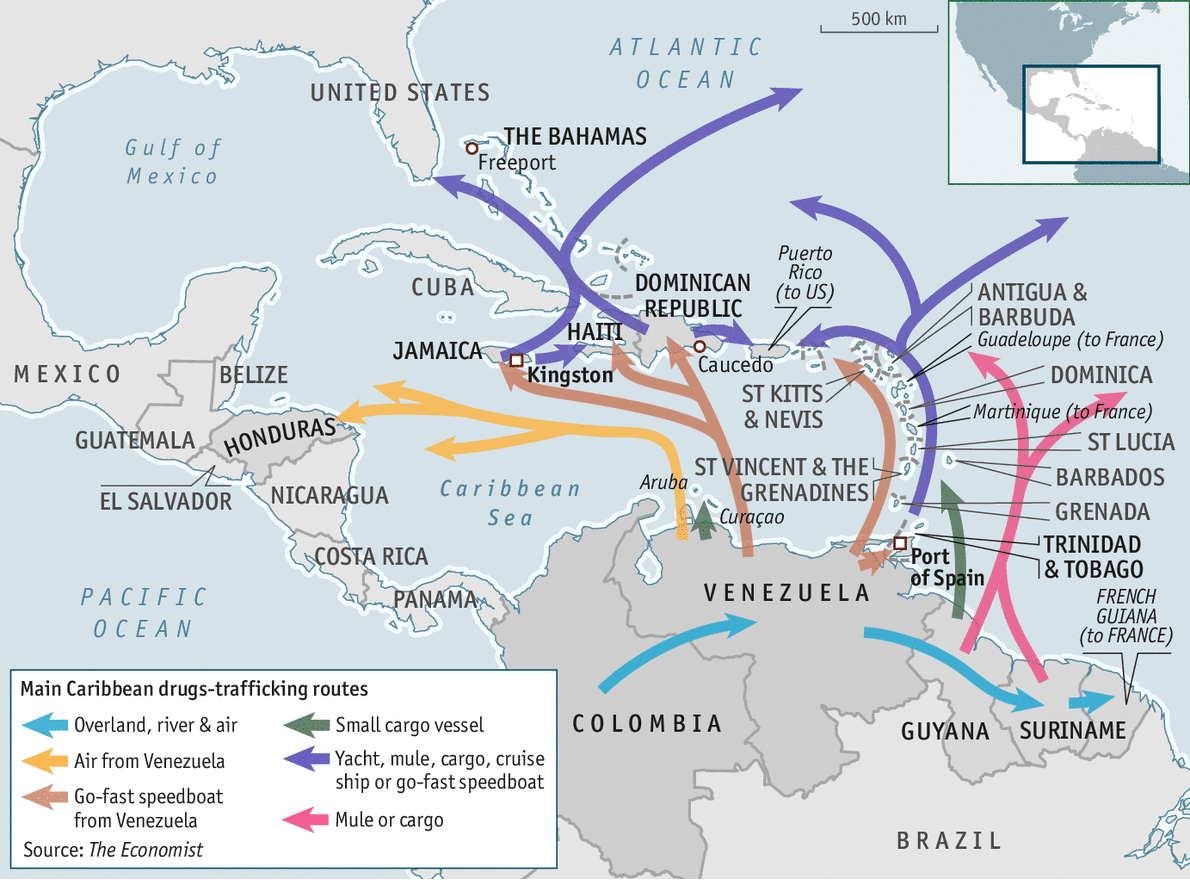 ON MAY 9th American customs and border-protection officials launched an aerostat—a fat, tethered balloon—above the coast of Puerto Rico. Its job is to use radar to detect low-flying aircraft, ships and smaller vessels carrying drugs across the seas to the south. This is not the first time the island, a territory of the United States, has been home to an aerostat: an earlier one crashed in a storm in 2011. Now it needs one again.

William Brownfield, the State Department’s senior anti-drugs official, says that 16% of cocaine imports into the United States came through the Caribbean islands last year. That is up from 4% in 2011. For European cocaine imports, the proportions are even higher.
...

I have argued for sometime that Venezuela is a major transit point for the drug trade.  I don't think this could happen without either direct support from the government or rampant corruption.  I have seen reports tying top military officials to the distribution network.  Not on the map are the direct flights to Africa where the drugs are then moved by al Qaeda affiliates into Europe.
drug terrorist. Venezuela