For more than a decade there have been sightings of unusual high-speed watercraft patrolling up and down the Columbia River between Portland, Oregon and Vancouver in Canada.

The vessels belong to the Navy SEALs and are part of an ongoing project called Sealion, which stands for SEAL (Sea Air Land Commandos) Insertion, Observation and Neutralization.

Despite being in existence for more than a decade, the project remains shrouded in mystery, although over the years some information has been discovered. 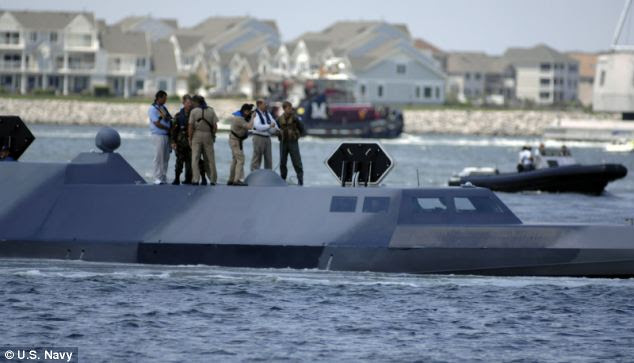 +4
For more than a decade there have been sightings of unusual high-speed watercraft on the Columbia River, the vessels belong to the Navy SEALs and are part of an ongoing project called Sealion

Launched in 2000, the brief was to develop a high-speed, low observable/low radar signature craft that could operate in the littorals i.e. the part of sea close to shore.
...

There is much more including more photos and graphics of the craft.

It is a very low freeboard craft that is long and sleek.  There is no report of it being used in actual combat, although such use could be classified.   The Iranians should be worried.
Navy special ops war tech